This week, I had the great pleasure of catching Chitty Chitty Bang Bang on TV. Even though it was released in 1968, it has lost none of its appeal: 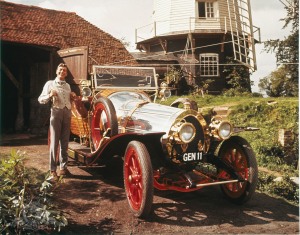 The film fits in with just about everything which TF stands for (with the obvious exception of the state-sponsored abductor of children). It starts with a man who is faced with the cold reality of life: his inventions, although brilliant, aren’t paying the bills or allowing him to give his kids the things he wants them to have. He’s told that he needs to stop dreaming and do an honest day’s work for an honest day’s pay. In the end though, all of his dreams come true.

I could go on for ages about the different messages which I think stem from the film. However, I will skip the lecture on how it illustrates the point that, no matter how downtrodden they are, young folk will always prevail. In my opinion, the most important message comes from a group of imprisoned inventors who have been tasked with building a car as good as Chitty: from the ashes of disaster grow the roses of success:

It’s a theme that runs through the whole film. For example, as the opening credits roll, the car which will later become Chitty  goes on fire and is destroyed. The leading man’s life is a bit of a disaster too. His wife (he’s wearing a wedding ring) is, for whatever reason, no longer part of the family and his home and career are a wreck. It’s only by sheer bloody-mindedness that he perseveres and succeeds. The inventors’ song tell us exactly why he carries on:

This only occurred to me as I watching it, but literally 90% of the male cast has a Tash. It’s therefore hard to choose just one for this week’s TF. The spies and Baron Bomburst, for example, are particularly funny. However, Grandpa Potts wins it both because of this role in the “Grow The Roses” hymn but also because of the line: 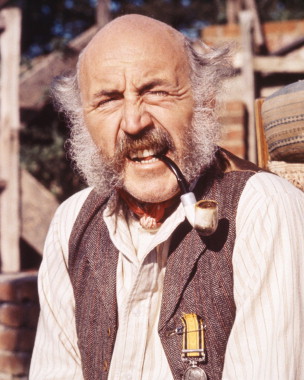 It just doesn’t get any better.

Have a fantastic weekend folks!

One thought on “Grow the roses”