I was reading this week about how in 2012 callers spent the equivalent of 760 years on hold to Government telephone help lines. That’s a lot of waiting. I read some other facts about waiting too:

These figures are almost certainly utter nonsense. Are thousands of people asked to measure how long they spend doing things for their whole lives and then an average is taken? I think not. The point from my perspective is that looking up these fatuous facts has killed ten minutes; ten minutes I would otherwise have spent waiting.

As I write this week’s TF, I’ve been waiting for in excess of 60 hours. By the time you’re reading this, that number could have increased to around 120 hours. It’s an email I’m waiting for – just an email. I don’t care if it’s in the ASCII medium usually associated with the early incarnation of electronic mail or if it arrives via the process standardised in the Internet Engineering Task Force’s RFC 2045 to 2049 – yes, I’ve got the stage where I’m looking at exactly what an email is to distract myself – all I care is that I get the email; preferably within the next five seconds.

Some of you will say that patience is a virtue. If you feel it necessary to make an incredibly helpful comment such as that, I refer you to the work of Aurelius Clemens Prudentius, the chap who set out the seven heavenly virtues (I looked that up too!), and ask whether you can lay claim to having the virtues of chastity, temperance, charity, diligence, kindness or humility. If you’re missing any of them, feel free to run along, lock yourself in your greenhouse and leave me to my torment.

Having made my point about waiting being roughly equivalent to the removal of finger nails with a rusty pair of pliers, let’s move on to this week’s Tash. I got to thinking about people who no-one in their right mind would keep meeting; the kind of person even an automated answering service would know not to trifle with. The person I immediately thought of has a reputation as being Britain’s most dangerous prisoner and happens to have an absolutely cracking Tash. This week’s Tash is Michael Gordon Peterson:

You may know him better as “Bronson”, as played by Tom Hardy: 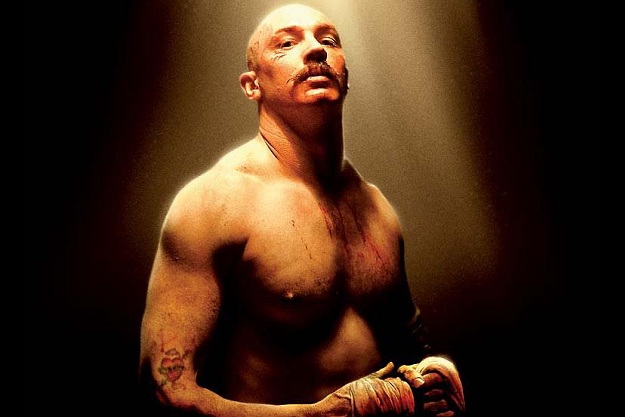 P.S. The email came in – it was worth the wait.