This week brings to an end another season of TF. For the next two weeks, TF headquarters is scheduled to be closed for a summer holiday.

End of season finales are tricky things. This time last year, which was the end of the first “proper” season of TF (i.e. when more than about a dozen people read it!), the aim was to finish on a positive note that would leave you all wanting more. For the second season, something more is required. Like all quality entertainment, it has to be believable; and for it to be believable, the end can’t always be a happy one.Looking back at last year, TF was talking about star-spangled super dreams of sky-scrapers and sparkling blue sea. It really was a super dream and a fantastic time. But that’s the thing about dreams,  sooner or later you have to wake up. This year, life certainly has been a wake-up call: even coming up with alliterative sentences requires more energy than I have to spare.
For some Appreciators (including this one) parts of 2013 have been majestic, but considerable chunks have been bloody awful. This year TF has seen its ensemble cast (us) go through trials and tribulations that we could not have seen coming. But unlike conventional entertainment, the people are genuine, and none of the drama has been set up purely for our enjoyment.So, as the curtain falls on season 2, we are left with something of a cliffhanger: will our heroes and heroines overcome, or will they stumble and fall? 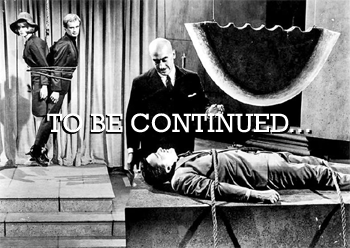 The beauty of season 3, and everything that follows, will be that the outcome is in our hands.If I was a betting man, I’d say that this narrative arc of ours has plenty of running-time left to allow for the story to take a turn for the better. Maybe not this year – maybe not even at the end of  next year – but, by the time all is done and the credits start to roll, I’d be amazed if things hadn’t worked out ok.So for the next couple of weeks, TF will rest, re-energise, recuperate (hey, maybe I do have the energy for alliteration!) and prepare itself to throw anything and everything at whatever life foolishly puts in it’s way. That’s where this week’s Tash comes in. When TF returns, it intends to channel some of the spirit of this man:

That’s Jules Winnfield (aka Samuel L Jackson) in Pulp Fiction. He will be the inspiration for season 3 because, sometimes, you have to snap some necks if you want to cash those cheques (figuratively speaking, of course).
Have a great couple of weeks!
KEEP. GOING.