After an extended break, TF has reopened for business refreshed, reinvigorated and ready to raise the curtain on the next season of Tash Friday.

As this is the season opener, it seems only appropriate to go back to the roots of TF. Although the level of Tash related paraphernalia appears to be cresting a wave of popularity at the moment, that wave has been building for years. Even as far back as the turn of the last century, a Tash was seen as an essential element of what the “ideal man” should look like: 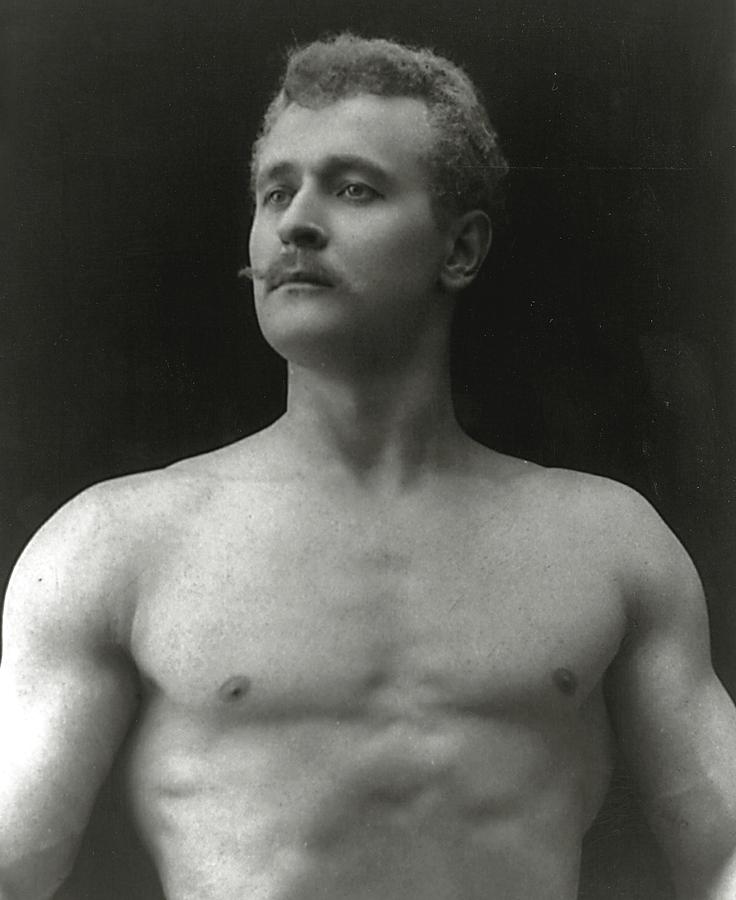 That’s Eugen Sandow, the man who some people say was the father of modern body building.  He measured Greek sculptures to find the proportions of “The Grecian Ideal” and then lifted weights until he had sculpted himself into the desired shape. At the time this photo was taken (in around the mid 1890s), he was seen as having the ideal male physique. We can only assume, as he was a man that honed his appearance, that he saw his Tash as an essential element of what the ideal man looked like.

These days, we still attempt to sculpt ourselves. Some of us do it literally and work to achieve a desired body shape; while others take a more figurative approach and work until other ambitions are achieved. TF is here to encourage you to keep going and to press on towards those goals.

Back to today, one man who appears to have harnessed the power of the Tash to propel himself to greatness is this guy:

That’s Lachlan Morton, a 21 year old cyclist who, after starting to rock a Tash last month, has been putting a hurt on his competitors in literally every race he’s ridden . TF has been bike-heavy of late (and many of you have made your views on that clear) but, on this occasion, I make no apologies for including Mr Morton. The reason for that is the recent addition to his race-bike:

When he appeared at the start line with this first licence plate (he’s been using a couple in recent weeks), he raised a few eyebrows and I’m sure some saw it as a pretty arrogant move. However, not only does he not take himself too seriously, he knew something that his competitors didn’t: that he’d worked harder than them in the run-up to the race and that he was able to beat them; which he promptly did, all on his own.

That, fellow Appreciators, is  how it’s done. Hard work, and the confidence which comes with it, can be big factors in whether we are able to achieve our goals. One can imagine the reaction Eugen Sandow received when  the people of Victorian England saw that he was lifting weights in order to look like Greek sculptures! I suspect his response was the same as Lachlan’s – “I’ll show ’em…”