I came across a Nike advert called “just do it – possibilities”.  It’s pretty good:

It looks at various every-day people who are starting out in sport and asks what’s stopping them from taking their participation to the next level. Like many Nike adverts, it challenges the amateur to ask more of themselves: to run further, jump higher and fight harder than they have in the past or ever thought they could.

The choice of music used in the advert is interesting too. The song is called “The Future Starts Slow” by The Kills, and I think it hits the nail on the head – if you want a future filled with success, you’re going to have to expend a lot of time and energy in getting there. In sport, and life generally, it’s often the initial stages that are the most difficult as, although it never gets easy, once you’ve started to get better you can least look back and see the progress.

This week was also the 50th anniversary of Dr King’s “I have a dream” speech. TF has covered this in the past but it was a long time ago and I’m sure you’ll forgive me for coming back to it.

The most famous part of the speech (the “I have a dream” part) is towards the end but, at the beginning, Dr King talks about President Lincoln and the Emancipation Proclamation. He says that, one hundred years after the Proclamation that slavery was to end, the “black man” (I’ve changed the words used) “is still languished in the corners of American society and finds himself an exile in his own land”. He says that the Proclamation was a cheque which has not been cashed and he talks about now being the time for the bank of justice to pay out.

I guess that the speed at which ambitions are reached is directly proportionate to the scale of what you’re trying to achieve. You can go from being able to run a mile to running a marathon in a few months, but even Abraham Lincoln’s efforts couldn’t speed up a civil rights movement that took 100 years to give minorities even a semblance of equality.

All of that being said, fifty years after Dr King’s speech, we can look back and see real progress not just in the US but around the world. Sure, there is a vast amount of work to be done in the fight for equality but the future now doesn’t seem quite so far away and it’s coming more quickly all the time. I guess all we can do is think “we’ve come this far, why can’t we go further?”

I’ll leave you with Dr King and his superlative Tash. Can it be any surprise that such a man chose to wear one: 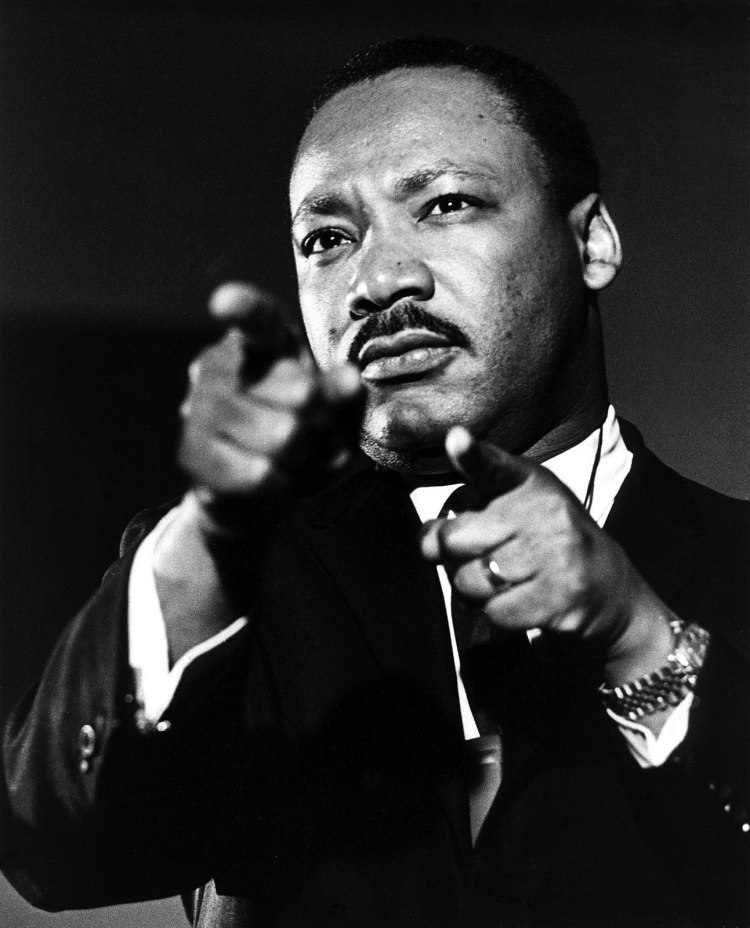 P.s. If you haven’t read the speech, it’s well worth it: http://www.archives.gov/press/exhibits/dream-speech.pdf