First this week, an announcement. Quite independently of TF HQ, a sub-crawl (it has apparently been christened by one particularly poetic Appreciator as a “Tash-Crawl”) will take place tomorrow in Glasgow. I understand it will start with a large lunch at the Counting House and the first stop will be at around 2pm at Times Square, next to St Enoch Square station. All are welcome and although Tash related apparel is recommended, it’s not essential. The arrangements will be on Facebook and twitter. There is a fair possibility that, during the course of the afternoon, this:

May turn into this: 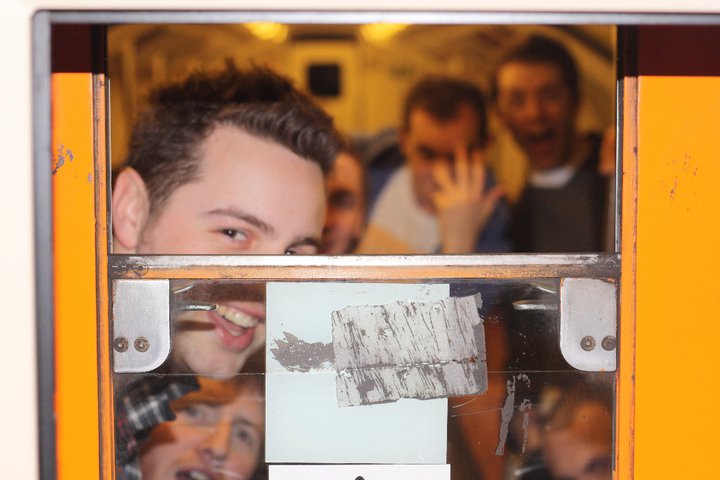 For those who may not be familiar with Glasgow’s subway system, the Tash-Crawl is but the latest incarnation of a very old Glaswegian activity – the subcrawl. Only in Glasgow would people willingly spend the best part of a day travelling in a smelly old orange train purely in the interests of finding a novel way to have fifteen drinks. What makes this even stranger is that Glaswegian comedy duo Francie and Josie used an entirely complimentary song about the subway in their set:
It’s strange where people get their enjoyment from, I suppose, and another example of that is the release this week of Grand Theft Auto V: the fifth incarnation of what must be one of Scotland’s most successful exports.

GTA, as it’s usually called, has made Dundee/Edinburgh’s Rockstar North over £500 million in it’s first week and is apparently even more popular than a good Subcrawl. Some people will find it difficult to understand where the fun is in a game where the player is encouraged to commit a variety of pretty awful crimes. Some may even think the game is dangerous.
TF isn’t a platform from which to preach morality and I’ve got nothing to add to the debate about whether games like GTA should be allowed. However, what I will say is that we should be pleased that a Scottish product has managed to be so successful for so long. What is clear is that regardless of whether it’s a subcrawl (which could hardly be said to be healthy) or a violent video-game, people tend to be interested, now and again, in things that aren’t good for them.
This week’s Tash is a man whose activities would easily fit into the plot of GTA. Although he’s a dangerous and unpleasant chap, we still find him interesting. There have been numerous news reports about him over the years and Eric Bana even starred in a film about his life. I’m talking about Mark “Chopper” Read:

If you’re wondering where his ears are, he asked one of his pals to cut them off with a razor blade while in prison. See what I mean, you’re interested, aren’t you!
Have a great weekend folks!
#keepgoing