It appears that Spring is finally here! I was walking to work one morning this week and Pulp’s Sunrise started to play on my generic mp3 device. Although I didn’t do it outwardly, my insides were dancing much like Jarvis Cocker during his performances of this song:

I was out with a couple of pals this week and we got to talking about whether, given the right amount of money, we would do any job. I have to admit, my attitude is that unless you’re doing a job about which you are passionate, or which is vocational, then earning the most you can should be your main objective. The contrary argument to that is, of course, that money can’t buy happiness and there are more important things in life than the cash in your pocket.

After strong arguments on both sides, I am just about ready to admit that my attitude was/is wrong. However, it took watching a TV programme and seeing a desperate man with a moustache to finally persuade me.

If I was to take my argument to it’s logical conclusion (and we all know that logic is the correct way to make an argument…), then I would do pretty much anything if the price was right. That begs the question, what would I be prepared to do for a pile of money like this: 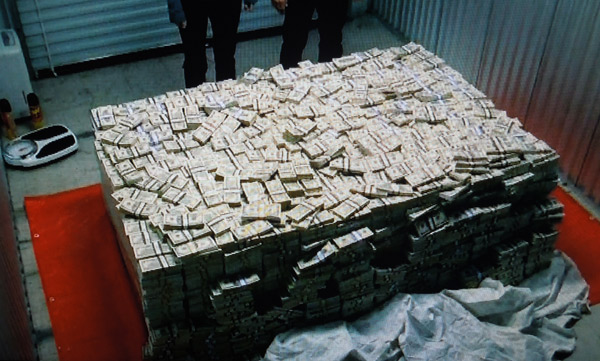 I realised the error of my ways after sitting down to watch another episode of Breaking Bad. Fear not, I shall not spoil the plot, I merely point out that if I was purely motivated by cash, then I could end up behaving like one or more of the characters in that programme. I don’t want that, so one way or another, I’ll need to work out what my real motivations in life are. After all, I want to be able to look in the mirror and not see this man (however excellent his Tash may be) looking back at me – I don’t think he’s capable of dancing like Jarvis Cocker. 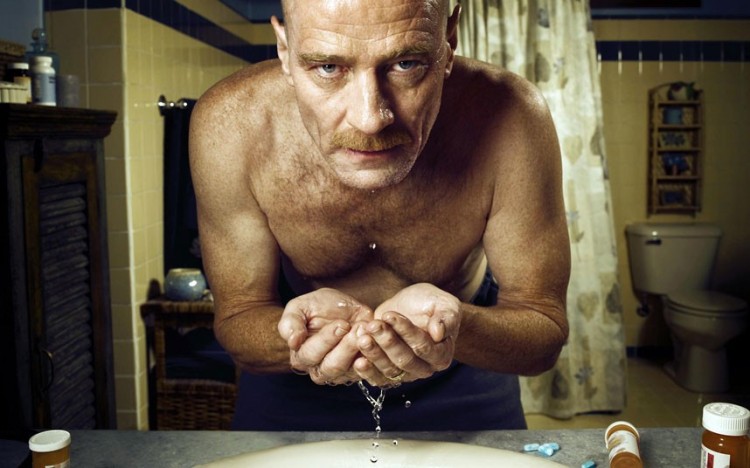 As ever, the question on my mind is: what’s next?